I Used to Think By Tim Heerdink

I used to think
that I knew darkness
until the night
my journey took me
to Belle, Missouri.

I used to think
there was always
someone to blame
other than me.

I used to think
people didn’t die
young, but I’ve been
proven otherwise.

I used to think
all the shit happened
only to me,
yet now I see
everyone suffers.

I used to think
there’s no light
waiting in the distance;
oh how I was wrong.

I used to think
after my mouth
found itself open,
& I must apologize.

I used to think
before thinking
became too much
like unnecessary
trouble. 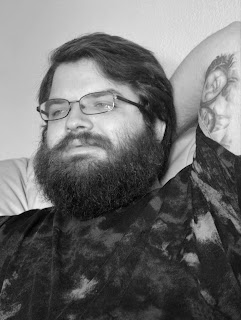 Tim Heerdink is the author of Somniloquy & Trauma in the Knottseau Well, The Human Remains, Red Flag and Other Poems, Razed Monuments, Checking Tickets on Oumaumua, Sailing the Edge of Time, I Hear a Siren’s Call, Ghost Map, A Cacophony of Birds in the House of Dread, Tabletop Anxieties & Sweet Decay (with Tony Brewer) and short stories “The Tithing of Man” and “HEA-VEN2”. His poems appear in various journals and anthologies. He is the President of Midwest Writers Guild of Evansville, Indiana.
The Editor at 2:42 PM
Share